What’s your IM because I’m the coolest dude you’ll ever meet!

Spoken in the most confident shoot your shot moment.

When it comes to how my husband and I met…there’s his version…and then there’s the truth! I plan to give the truth. Jamarvis and I actually crossed paths several times without ever officially meeting. He knew all of my friends, and I knew all of his friends, but we didn’t know each other. Even in the same picture together…still didn’t know each other.

So October 25, 2008 (oh so long ago) while running the streets of Songtan, Korea, we just happened to be sitting at the same table. I came with my friends (who happened to be MIA at that particular moment) and was sitting with some guys that I knew. I was a bit down from a recent relationship decline and a guys friend decided to get me out my funk and invited some random dudes to come try to “holla” at me.  In the midst of this walks over “Stacy” (name changed to hide the fact that he was lame).  Bruh had the weakest game…like yo do you pull girls with this stuff? I will never forget the line “so what brings you to Korea?” So I got tired of entertaining the conversation and I grab the guys hand sitting next to me and said “I’m sorry this is my boyfriend right here!” “But he knows already cause that’s my homeboy,” said the mouth attached to the hand. That was my first introduction to Jamarvis Rease. I was so irritated with him. He could have played along for a little bit, but nope…nor did he let go of my hand!

The following Monday I had a dental appointment and guess who I see at the front counter…SrA Rease! All I could say was “You!!!” Awe $%^# naw…please don’t let him be my tech was my entire thought while I waited to be called back. But no luck he called me back grinning extra wide. So if you know me and my mouth then you can imagine how that appointment went. “Do you floss every day?” “I sure don’t!” Yep I was pretty fly at the mouth. So he gets ready to clean my teeth and puts on the Jagged Edge Baby Making Project cd. Where they do that at? In my entire 17 years in the Air Force that was the only cleaning where someone played music. I said “Um you don’t have anything else?” “Naw I didn’t bring my other cds.” Mind you the next week my friend went to her cleaning with him and he played T.I.

So we get to the end of the cleaning to the part where you have to get the fluoride and the tech advises you not to eat for 30  minutes. Well I was still determined to be mean because I was still salty about Saturday. “You don’t know me…you don’t tell me what to do!” “Girl I’m just trying to help you out.” “WHATEVER (insert the most exaggerated neck and eye roll possible)!!!” I get back to my office and I wait exactly 29 minutes to feast on the most delicious brownie ever. So I emailed SrA Rease and let him know just that ( I was still being petty). We ended up going back and forth most of the day just chit chatting  about nothing. It’s about the end of the day and then he  decided to try his luck.

Him: What’s your IM because I’m the coolest dude you’ll ever meet!

Me: “I don’t know you. You could be some kind of stalker!”

After checking his stalker credentials I finally handed over the IM and he actually IM’d me the same night (seems kinda stalker-ish to me). Andddddddd….he admitted to switching the books to clean my teeth that day.

We love to share how we met…I mean it’s really hilarious. Jamarvis always says I liked him first because I grab his hand and e-mailed him. I had a point to prove (my defense). Although initially I wasn’t looking to get into a relationship things just really flourished. We got along great and had a ton of fun for the remainder of his tour. He must have really liked it cause he put a ring on it. It was either that or me telling him I was too fly to do a long distance relationship between 2 continents (he had an assignment to Japan and my follow on was to Germany).  We got married June 22, 2009 at the Fussa, Japan City Hall and I was quickly diverted to Japan. Although through the years we have had our share of ups and downs (especially while we were doing dual special duties) I think we’re doing pretty good…almost 9 years married, 3 children, and I haven’t sold him yet…he’s still winning. 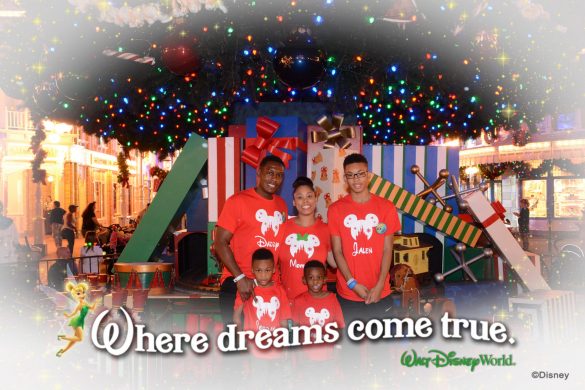 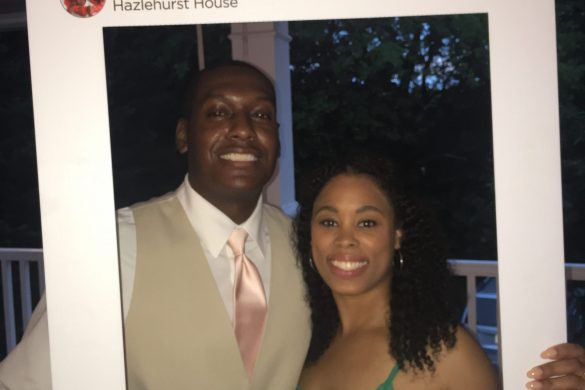 Experiences in Love II: The Prelude

I guess you can say that Jamarvis “Put A Little Umph In It” when it came to swooping in on you.