Look, it’s no secret that I love college football and men’s college basketball. When I’m out of pocket on Saturday nights between Labor Day and early December, I’m watching ESPN Saturday Night Football on ABC. From Veteran’s Day through the first Monday in April, I’m usually watching upwards of 3 men’s college basketball games a night during the week and at least 5 each on Saturday and Sunday. For somebody like me, attending a national championship game in live person is more than just an event…it’s an experience. 2 weeks ago, I watched as my beloved Ohio State Buckeyes mashed Alabama in the Allstate Sugar Bowl to advance to the title game. At that point, I knew there wouldn’t be a better opportunity to accomplish this item on my bucket list. So I purchased a ticket on StubHub and booked a flight to Dallas. And just earlier this week, I was in North Texas for the 2015 College Football Playoff National Championship Game…the very first of its kind.

Though I was pretty quick in securing a ticket to the game and an American Airlines direct from Atlanta to Dallas without much issue or significant cost, getting a hotel for a 2-night stay was a different matter. I had to stay in Lewisville, about 30 miles north of Dallas, because all the Hilton brands in Dallas and west towards Arlington and Fort Worth was booked solid. No big deal though: that Hampton Inn in Lewisville was legit. I flew out from Atlanta on Sunday afternoon and after grabbing the rental car from DFW and checking into my hotel, I drove out to the StubHub store in Arlington to pick up my ticket. Across the street from the StubHub Store was AT&T Stadium. I was in such awe of how palatial the place was that I nearly rear-ended a Range Rover. Once in the StubHub store, I got both my game and parking tickets and took one of the special edition pictures with all the Ohio State fan gear they had there. With my tickets in hand, I went across the street grab some gear for the game. They had all kinds of stuff in there. I ended up grabbing an Ohio State CFP National Championship Game hoodie, a beanie, a scarlet and gray pom-pom, and a “Beat Oregon” button to add some flair. They had Alabama stuff in there too from the Sugar Bowl and it was on sale for just north of free-99. I thought about getting my father some of that gear but then I remembered that he boldly said that they would beat Ohio State by 3 TDs so I decided not to reward him for dissing my team.

The next day, I had intentions of waking up early and attending the ESPN shows live on location in Dallas but that bed at the Hampton Inn had me not wanting to move a muscle…told you it was legit. I ended up venturing out to Trinity Groves to get a picture of the Nike #Untouchable mural that Madsteez was painting. After that, I made the drive out to Arlington for the pre-game festivities. As it was a high-profile game, the Nissan Heisman House was there and I got a chance to hold a real-life Heisman Memorial Trophy. I thought about standing in line to meet and take a picture with former Ohio State great, Troy Smith, but that line was way too thick for my liking. I took a picture as the Heisman instead and headed off into the stadium. As big as AT&T Stadium looked on the outside, it felt even bigger on the inside. I know everything is bigger in Texas and all but damn…there’s no word available in the English language for how big it is inside of that venue. I took me about 20 minutes to get through the lines and to my seat, where I had an Oregon fan on my left and some guy who didn’t have a dog in the race but happened to win a ticket from a local radio station. From my vantage, I had a clear look at the field. I wouldn’t have to turn to my right or left to keep up with the action. And as an added treat, the sightlines in Jerry World were so good that I didn’t even need that humongous scoreboard hovering over the field.

After all the pre-game festivities, including a really cool flag display of all FBS schools, the Lady Antebellum rendering of the national anthem and Jim Tressel doing the coin toss, the game got underway. Oregon was as good as advertised on the game’s opening drive. They took it 75 yards on 11 plays in just over 2 ½ minutes with nary a 3rd down needed in getting out front to a 7-0 advantage. I was actually kinda nervous about our chances early until Cardale Jones hit “Butterfingers” Corey Smith on a pivotal 3rd down from deep in our own end midway through the 1st quarter. We capped off that drive with Ezekiel Elliott going for a 33-yard TD run to tie it up. From there, the rest of the 1st half was played under Ohio State control despite 2 turnovers…including one that probably cost us a sure TD. The 3rd quarter started with yet another Ohio State turnover, which Oregon immediately cashed in with a long TD. They cut what was a 21-10 Ohio State lead to 21-20 after a FG halfway through the 3rd. I was edge at that point. But Ohio State responded with TDs on back-to-back possessions to bookend the 3rd and 4th quarters and the national championship was ours in a 42-20 rout.

Overall, I enjoyed the experience. It would’ve been a great moment even if Ohio State wasn’t in the game. The fact that they were in it made it personal vindication for me as I had been taken to task by friends over the controversial call that gave us the 2003 Fiesta Bowl National Championship Game victory and those flameouts in the 2007 and 2008 BCS National Championship Games…not to mention the albatross of a loss to Virginia Tech earlier in the season. 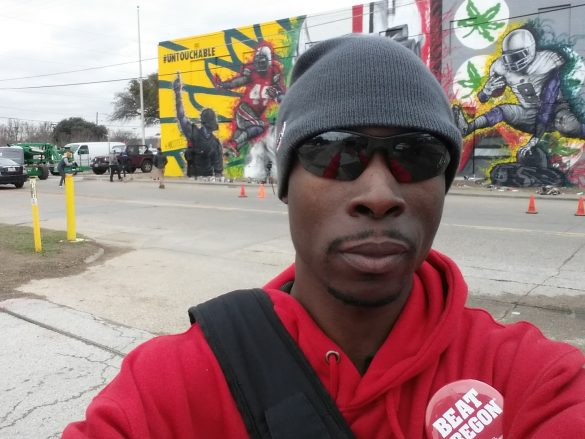 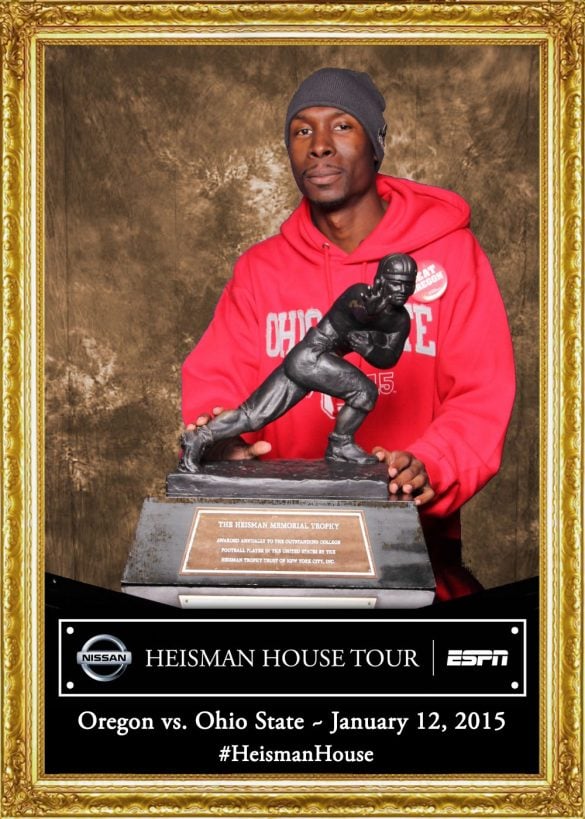 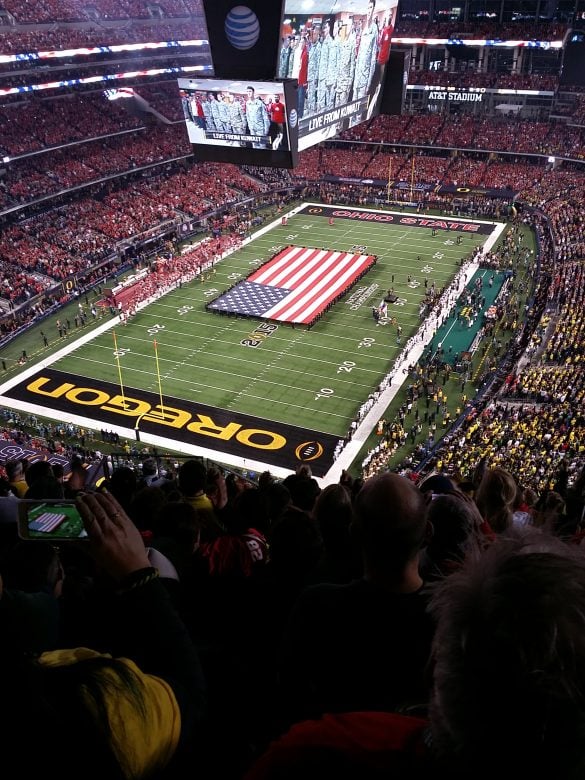 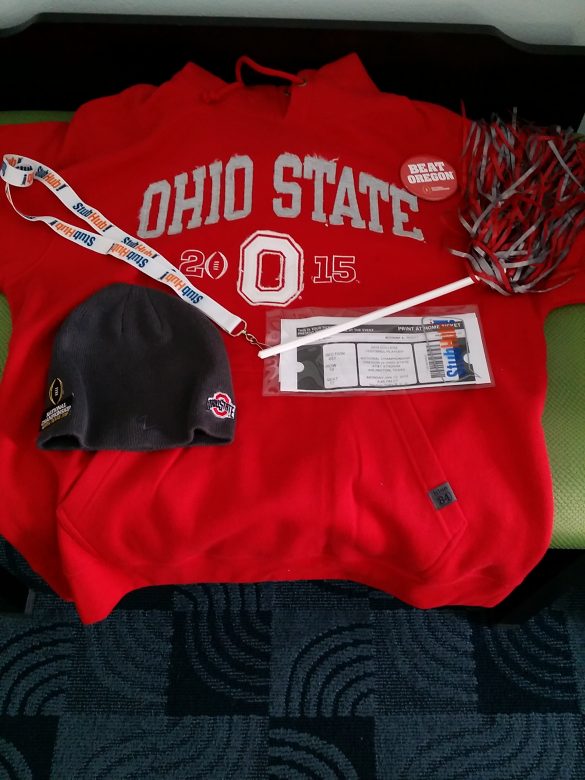 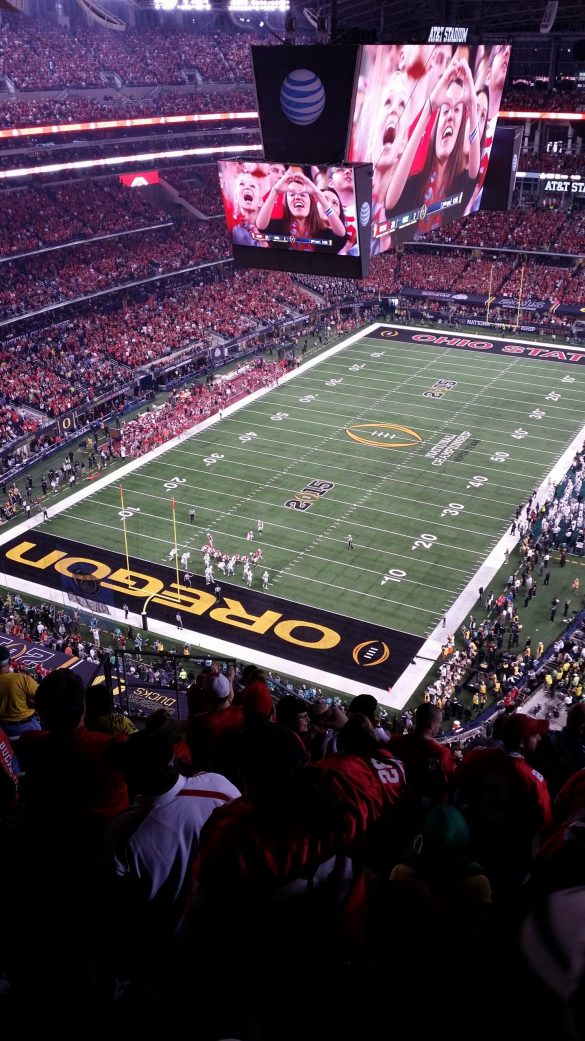 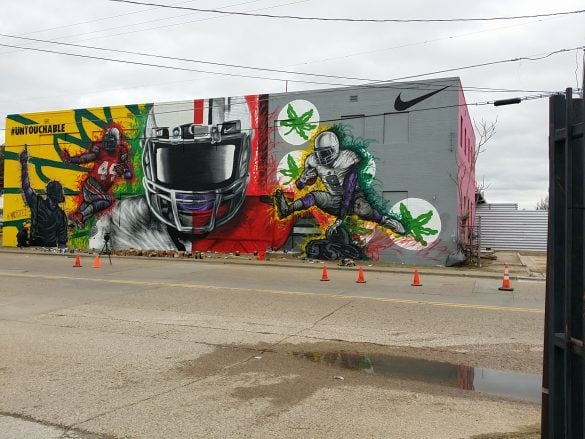 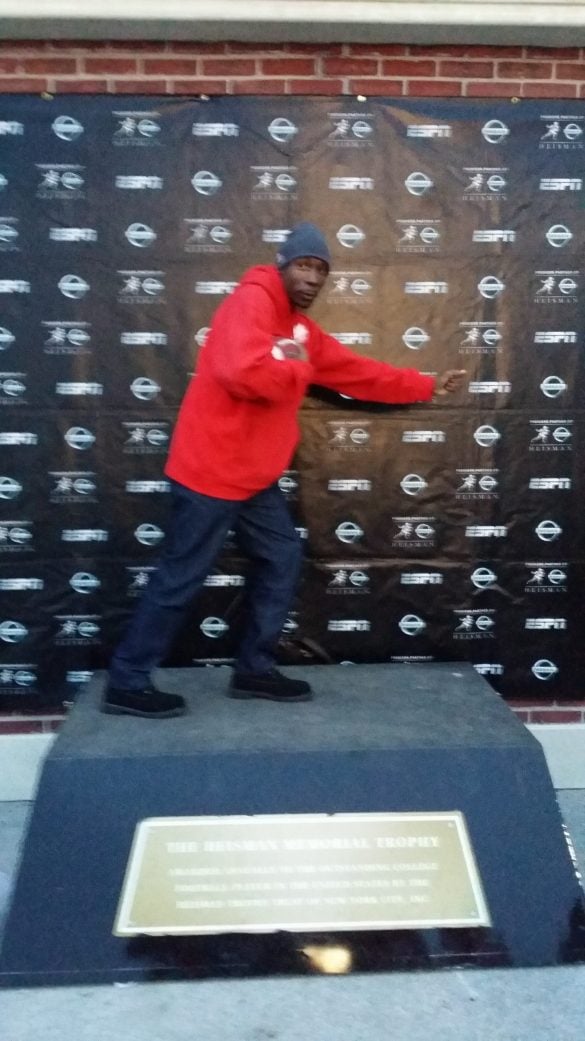