Dreams of A Diplomat: Welcome to “The Show”

Featured Image: A selfie of myself on Day 1 of my Foreign Service career

It’s been 1 ½ months since I got the call-up to Foreign Service. Last Friday was my last day at the Department of the Interior and as I wrote 2 weeks ago, “I’ll always have fond memories of my time at Interior and the great people I worked with” every day. But the ending of one era ushers in a new one: my career as a diplomat. From the moment I accepted the appointment into the Foreign Service and the invitation to Orientation, it’s been a whirlwind. It started with salary negotiations, which were very brief. The Department of State made an initial offer that was both considerably more than I expected and more than I made at Interior. There was no need to counter and I’ve actually moved into new territory as far as annual salary is concerned. There was what seemed like a mountain of paperwork to fill out…about as much as all of the paperwork I filled out at USACE, TRANSCOM, and Interior combined during those respective onboarding processes. I had a couple of video calls with the Registrar to validate my identity and eligibility. Overall, it was your basic HR rundown with just a few more electronic trees burned down. Fortunately for me, I’m a local hire being that I reside less than 50 miles away from the Washington Monument so I didn’t have to worry about moving, breaking leases, and putting stuff in government storage for a spell. I can stay right here where I’m at in Northern Virginia. The highlight of the pre-Orientation and onboarding period was meeting others in my Orientation class in a chat app called Keybase as well as on a couple of Zoom video calls. It was my first time ever using either medium. All of it paved the way for this past Monday. In the annals of history, September 14th will be a historic day for me because that was the day I took the oath of office as a member of the United States Foreign Service. It was an added bonus that it happened to be the day I started with the 158-204 Foreign Service Orientation.

Day 1 was pretty simple for me. I only had one thing on my docket and that was the oath of office, which I did virtually with about 10 of my cohort. Aside from that, I completed some outstanding onboarding paperwork and worked on some Department of State computer-based training. Day 2 is when things picked up with the opening plenary session and breakout groups, which are called mission groups. The mission group I’m assigned to is incredible…so diverse in life experience, international experiences, and just basic interests. It’s a mixture of specialists and generalists, young and old, veterans of the Foreign Service lifestyle and n00bs like me. I think I’m going to enjoy working with them over the next month and hopefully longer as I play out this Foreign Service journey. I had a couple of moments of pride this week. On Wednesday, during the elevator pitch exercise, I gave an account of what the role of Foreign Service Facility Manager represented to the mission of the Foreign Service and the American public. It literally blew everyone away. All of the other specialists and generalists gave me raving reviews and my Facility Manager colleagues gave me props for holding it down. I went a step farther on yesterday during the coat of arms exercise when I blended together all of the concepts of what FM meant to the other guys and created our escutcheon. I even had a Latin motto on it and everything. Again, it got rave reviews but more importantly, it signaled to the entire Orientation cohort that the Facility Managers weren’t just here for show.

There were 2 highlight moments in Week 1: (1) getting my Department of State email set up and (2) getting the bid list for my first post. On Tuesday night, I worked with one of the IT specialists from the Bureau of Information Resource Management to set up my official email. In fact, he set me up on all of the applications I’d need over the course of Orientation and follow-on training. It was fairly simple…only took about 30 minutes. It felt good to have an official Department of State email, which pretty much means I’m locked and loaded into this thing now. The first email I sent out from my State email address: an email to my personal email account to keep as a memento. I’ll have to complete some computer-based training to keep the email active though. I got a week to finish it but I’ll wrap that up tomorrow. The other highlight was the bid list. My initial thought about Foreign Service was that it was like basic military training: getting informed where you would be heading for your 1st post halfway through specialty training. That is NOT how the process goes. On Thursday, we all received lists of available postings based on our respective specialties (specialists) or career track (generalists). We have a week to rank the postings and we’ll find out where we’re going in a ceremony called Flag Day in the final week of Orientation…some 3 weeks out. As there are 9 Facility Managers in my Orientation class, there are 9 openings. For security reasons, I won’t share the specific locations on the list but I think it’s safe to reveal a general idea of where I could be headed. The list includes postings in Africa, South America, Asia, and Oceania. There is also a posting in North America and I’ll be straight up right now: I’m ranking that one last because I didn’t get into this lifestyle to stay close to home. There are some postings with language requirements as well. Concerning the bid list, we’re given access to a very in-depth database where we can gather information on every posting…from living conditions to housing to schools to local attractions and more. There is even a Microsoft Excel spreadsheet that allows you to estimate the amount of money you’ll make at each post. I suppose Mercedes and I have some homework to do over the next few days as we rank these locations. It should probably go without saying that the most anticipated day of Orientation is now Flag Day.

1 week down, 3 weeks to go. I’m uber excited about this early experience as a diplomat. I feel so comfortable around my new colleagues. If this is any indicator of what’s in store for me over my Foreign Service career, this is going to be a fun ride. 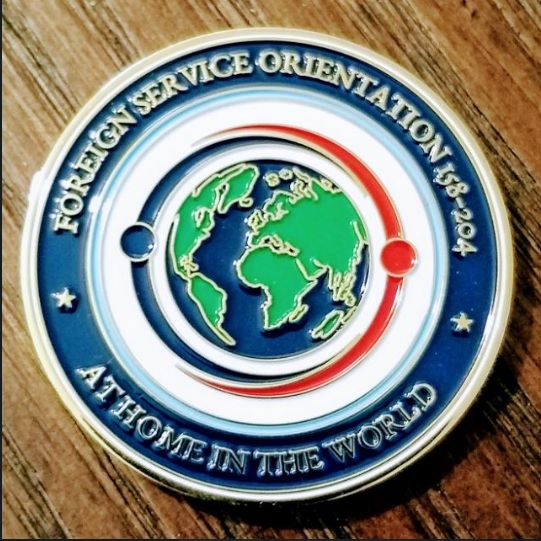 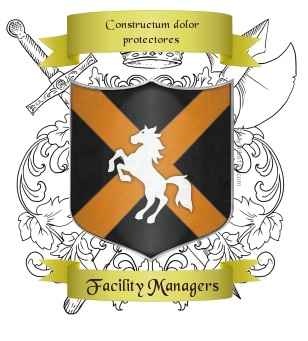 Dreams of A Diplomat: The Road to Flag Day