“The world always presents the next diversion, the next elaborate distractions from the problems that vex” – Sherlock Holmes

I steamrolled out of a very good 2012 into 2013 with great expectations. It was supposed to be one of the best years ever for me, highlighted by my separation from military service on Independence Day 2013. Everything was great up until that very point. The day I officially came off of the Air Force’s books, everything started unraveling for me…and not of my own doing, actually. From being victimized on several occasions by the “good ol’ boy” system that exists concerning employment within the Federal government to a weird dream that ended an aspiring relationship to the worst October ever to a broken ankle that was troublesome in healing, it was a bad latter half of that year. Going into December 2013, I flirted with the idea of going back to school to pursue yet another degree. In addition to it being an enhancer within my career field, school has always been the ultimate distraction from whatever the world has thrown at me. So I applied for graduate school…again.

Having applied for my dream job in November 2012 and being told that my academic background didn’t have enough to make me amongst the best qualified applicants prompted me to pursue a Master of Science with a concentration in Facility Management. Though I had all the experience and the clearances to be a Foreign Service Facility Manager for the Department of State, overseeing embassy and consulate facilities abroad, my MBA wasn’t enough. I needed something career-specific. So I searched for graduate schools that offered degrees in facility management. I found a couple but the best of the bunch to me was the Rochester Institute of Technology. I applied to their program with hopes of starting in the Spring 2014 semester. As the Spring 2014 semester was set to begin on January 27, 2014, the fact that I didn’t send my application off until December 5, 2013 didn’t look too good for me. To my surprise, however, my application was received before the admissions office broke for the winter holidays. I quickly learned, however, that while receipt of my application was fairly simple and quick, the actual decision was a totally different matter.

On January 13th, one of the admissions counselors sent me an email informing me that I was accepted into the Facility Management program. I got a package from RIT the next day with the official particulars. That overwhelming feeling of seeing the actual print that you’ve been accepted into an institute of higher learning never gets old for me. From the letters I got from the 4 undergraduate schools of which I applied to the letter from Air University when I joined the Air Force to my first graduate school acceptance letter from the University of Maryland University College, the fact that you’re being accepted for an opportunity to learn is truly amazing. And as if having the acceptance letter brought joy to me, there was another letter in the package as well: a scholarship notice. That brought even more happiness to me.

Generally, when prospective students are accepted into colleges and universities, the first thing they worry about is how are they going to pay for it. Fortunately, for me, I’ve never had to worry about that. When I made the decision to take my academic pursuits to Columbus and The Ohio State University, I had a sponsor that covered all the costs for my Associate of Science and Bachelor of Science degrees. He also covered the cost of my Master of Business Administration. The Associate of Applied Science I got from Air University’s Community College of Air Force was covered under the 100% Tuition Assistance incentive for active service members. So I had 4 degrees that were pretty much free to me. That continues with this Master of Science degree I’m currently pursuing. By serving my nation for 10 years and not getting in any trouble that would call for a dishonorable discharge, I earned all of the educational benefits under the Post-9/11 GI Bill. The government pays the entire cost of my education. I also get an annual book stipend and a housing allowance at the E-5 rate with dependents. When I finish the program at the end of next year, I’ll probably be in rarified air in saying “I got a completely free education”.

So, it takes 33 semester credit hours to complete the program. That’s a breakdown of 11 classes. 8 of those classes (24 credit hours) are core classes and 2 classes (6 credit hours) are professional electives. The final 3 credits represent the thesis or graduate project of my choice. Two of those core classes are already down for the count…the usual graduate research methods and graduate writing classes. That leaves me with my 9 classes to take to get this degree. I’ve challenged myself to complete the degree within 2 calendar years…pretty much by December 2015. That written, I’m taking 2 classes in the Spring 2014 semester, 3 in the Fall 2014 semester, and 3 in the Spring 2015 semester. That’ll leave me with a single class—the thesis or graduate project—in the Fall 2015 semester. While I don’t think the path to the degree will be especially difficult, it will challenge me in a way that I’ve never been challenged. In acquiring my other degrees, I was in a position to where my central focus was school whether it was having nothing else to do during undergrad or having a military job that made it easy for me to aggressively chase education. That’s not the case with this one as I’ll have to juggle school, the emergence of my civilian career, family and personal commitments, and other endeavors. I can do it though. I’m confident in myself. Gotta be because if I fail a class, I gotta pay that money back to the government and I’ll lose my scholarship.

I’ll post updates on my progress over the course of the degree pursuit. 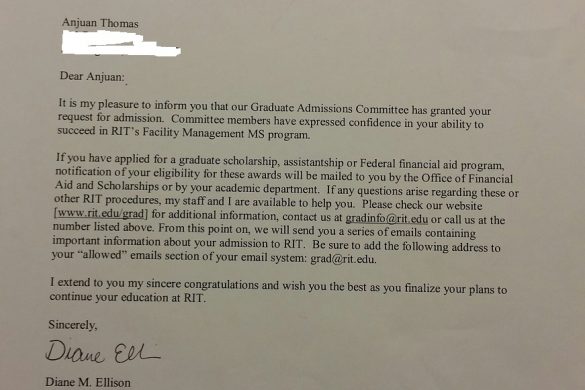 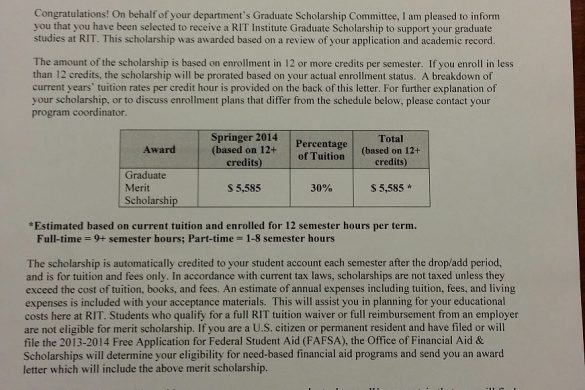 Dreams of A Diplomat: Terminando Español

Dreams of A Diplomat: Area Studies

Dreams of A Diplomat: Aprendiendo Español

Dreams of A Diplomat: Bridging the Gap